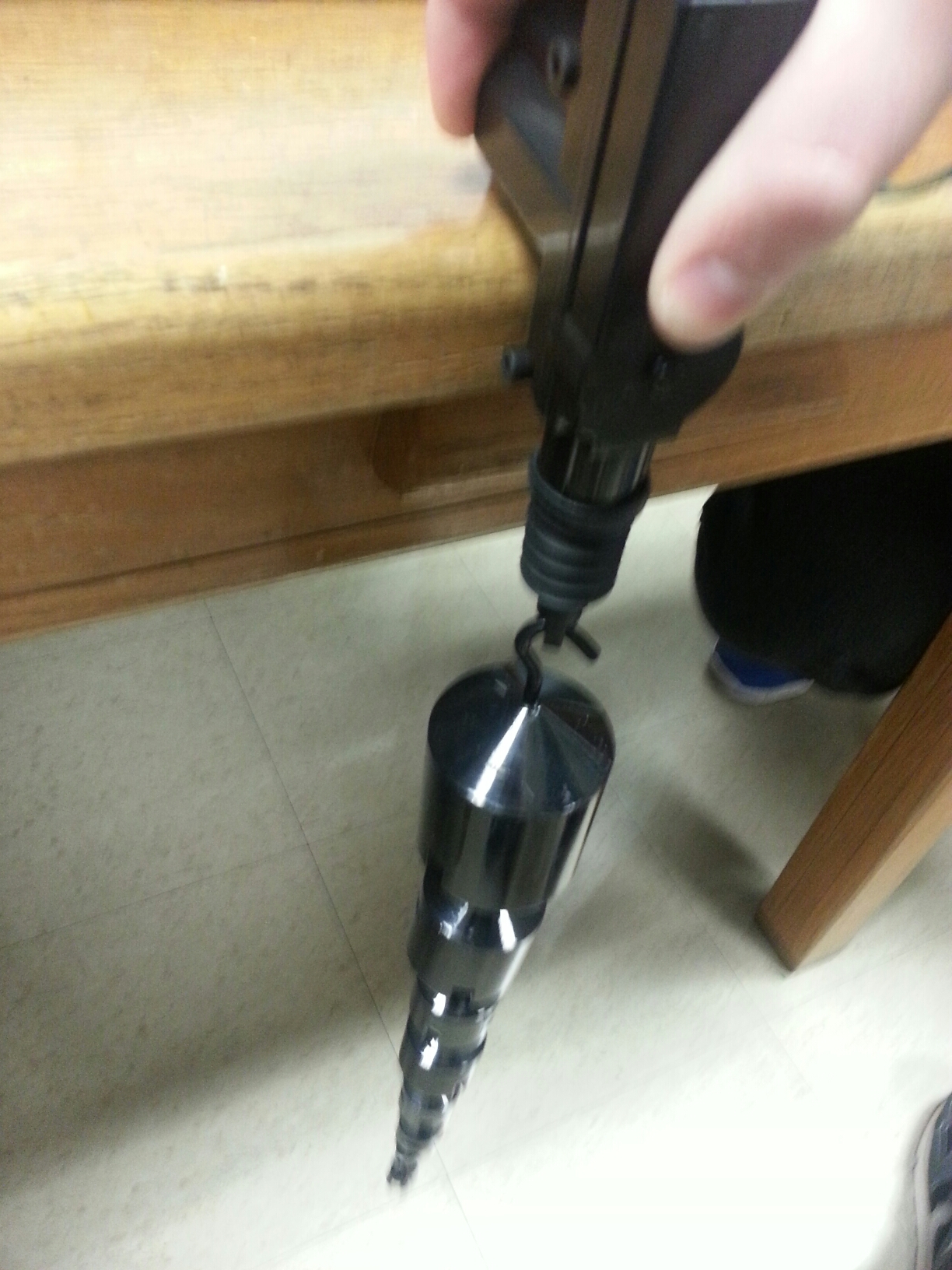 In the image above, there is a linear actuator with over 1 kilogram of weight strung from the end of it. What was being done here is trying to calculate how many Newtons of force this linear actuator could produce when it pushes outward.

To find this, first, the experiment was set up that is in the picture and we sought to find out how much mass the actuator could pull up. Using this number, we found the force of which it produces when it pushes outward, which equals approximately the force it can pull. Secondly and lastly, we used a device which measured force that is applied to a sensor. We let the linear actuator hit the sensor to find how many newtons of force it produces. In the end, the average force the linear actuator produced was 35 newtons. This experiment was done for the drum we are constructing to play itself. The linear actuator, once it is given a signal, drives the end of the drum stick upward to push the front of the stick downward to strike the drum.